Editor’s Note: ‘5 Management Mistakes That Could’ve Been Avoided in STAR WARS‘ was first publish in Dec 2019 and recently updated on May 2022 – specifically, May the 4th. #MayTheForceBeWithYou #MayThe4thBeWithYou

The management career path will always be a minefield of potential mistakes for both new and experienced leaders. Not even the all-knowing Jedi Council and all-powerful Galactic Emperor in the Star Wars realm are spared from this reality.

After all, Anakin’s turn to the dark side indubitably stems from his frustration with his former employers. Even Emperor Palpatine’s oversight on Darth Vader’s poor management practices saw the fall of the Galactic Empire.

In essence, the challenges that come with management is unsettling. But tread this path with fear or anger, and the dark side will consume you. The real solution lies in your courage to identify and circumvent the common management blunders. And identify them, we shall!

So, what were the managerial pitfalls our favourite characters could have avoided in Star Wars?

We all know from the 2005 Star Wars film ‘Revenge Of The Sith’ that the Jedi Council has always cautioned against personal attachment. It is an age-old conviction that Yoda actually upheld and espoused for 800 years, give or take.

But was this the right thing to do?

Because the Jedi Council were so set in their ways and deceived in their own pride, they overlooked the empathy their Jedis could have acquired when drawing strength and support from those outside the Force.

This also caused the council to overlook the law that allowed Jedi recruiters to separate force-sensitive children from their families – with or without their parents’ consent. The same law that precipitated from their deep-set belief that personal attachment is only a means to stumble.

So, what should have been done differently?
All in all, the Jedi Council should have considered making changes to old practices that were no longer relevant – from abolishing unjust policies to enforcing more humane practices. They should have opened their minds to the possibilities that their age-old conviction in eschewing natural human attachment has grown backward and foolish. Perhaps then, they would not have grown stale and corrupt in Anakin’s eyes.

And Darth Vader would have come to naught.

Anakin switched employment to the Dark Side because he believed that they offered the “ultimate” healthcare insurance (i.e. transfer essence). This was done in a bid to assuage his worries for his loved ones’ health. In essence, Anakin believed that the Dark Side offered “benefits” that were better than what the Jedi Order could ever provide.

So, what should have been done differently?
Well, what would have helped in this circumstance was genuine communication and attention to employee feedback.

Instead of dismissing Anakin’s concerns, the Jedi Council should have listened to their employee’s feedback and communicated a benefit plan. Imagine if the council had asked their employees what standard and voluntary benefits would be of most value to them. Imagine if they actually worked towards making those benefits available through an intuitive leave management software. That would have immensely reduced the Jedi Order’s turnover rate and actually retained valuable talent!

3. Not admitting to their failures

Let’s take Mace Windu as a case study here. The man is the embodiment of how stubborn the council can be in refusing accountability for their mistakes. Just watch his reaction when Ahsoka’s wrongful expulsion from the Jedi Order came to light. Perhaps it was Windu’s subtle attempt to deflect blame for his mistake that affirmed Ahsoka’s conviction that her faith and respect no longer lies with the Jedi Order. After all, who could believe in a leader who deflects blame and neglects to learn from one’s mistakes?

Many leaders – even the Jedi Council – tend to forget the importance of accepting and learning from failure. Sometimes, even we are guilty of carrying a dismissive mindset towards the mistakes we make at work.

So, what should have been done differently?
As soon as the Jedi Council knew their actions had contributed to a problem, they should have accepted the responsibility to be part of the solution. After all, that is a necessary step to take in order to understand how to recover from bad decisions. Only then could they have matured and developed as leaders.

Let’s recall our first introduction to the dark, ominous cyborg in the earlier Star Wars films! Remember the scene where Darth Vader had used the Force to choke his commanding officer to death? The commanding officer had essentially made a mistake that thwarted the Empire’s one real chance at squashing the Rebel Alliance. This quick, decisive punishment for failure is a costly mistake to make for any manager.

After all, what Darth Vader did was create a fear-based culture, where people were too nervous to make suggestions or offer feedback. Employees would only follow orders out of fear of failure. This shuts down innovation and motivation, and ultimately impedes a team’s growth as well as a leader’s development.

So, what should have been done differently?
We all want to work in a safe and comfortable work environment. Perhaps Darth Vader should have created an environment that encouraged employees to see failure as a learning tool, like Google. After all, it is Google’s innovations that continues to drive the company’s success!

So, what if Vader had allowed his employees to put constant innovation into improving the Death Star’s operation? Perhaps they could have mended the Death Star’s structural weakness and avoid destruction. And the Empire would not have fallen.

Follow The Clone Wars saga and you’ll see that Anakin is undoubtedly one of the Jedi’s star employees. From training his own padawan to single-handedly defeating Darth Tyranus and saving a whole planet from starvation, his achievements are impressive!

The underlying issue is Anakin’s dissatisfaction regarding his entry level status as a Jedi Knight.

I have the high ground (test).

Look at him! He is eager to receive a promotion to Jedi Master, along with the respect that comes with the elevated position.

What the council failed to help him understand was that each Jedi Master needed years of experience and hard-earned wisdom under his or her belt, not just a string of accolades. This disconnect as a result of poor communication only made Anakin frustrated and open to other job offers.

So, what should have been done?
Maybe a clear Career Progression program have helped in this situation. It would give employees a sense of direction by letting them know that they are moving forward within an organisation. Perhaps, with a clear Career Progression program, Anakin would feel assured that the promotion to Jedi Master was achievable and that the council does care about his career growth.

All in all, this would give him one less reason to consider the dark side.

Save your employees from the dark side!

Imagine a world free of manual calculations, tedious excel sheets, and frustration with a system that’s as outdated as Yoda! An HR experience is only effective when it’s designed for people first.

May the smart HR solution be with you, starting with a 30-day free trial.

Read more on our thoughts on management and leadership here: 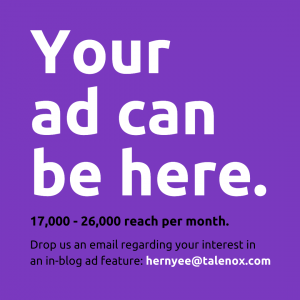 Talenox is a free cloud-based HR software that allows users to upgrade to SUITE accounts. It’s the quickest way to manage payroll and leave, and store precious employee details from one central dashboard. Talenox is fully integrated with Xero and Quickbooks, and is always updated with country-specific employment regulations. Say hi to us at hello@talenox.com!

Stay updated on the latest HR and Tech news!

Talenox is proud to be listed in the 2021 Singapore HRTech Market Map.

Talenox is proud to be a Payroll Software highly recommended by Trusted Malaysia.

Talenox is FREE for the first 6 MONTHS when you apply for a new OCBC SME Banking account.

Start Digital with DBS! You’ll enjoy a 30-day trial and $720 TALENOX credits that helps pay for your subscription post-trial.